Usurp Zone5 Film Festival is in India for March 2016.

A selection of films are being screened in collaboration with film clubs and colleges, and a very special day of screenings has been organised at the India Habitat Centre – see the programmes below.

19 March 2pm – 7pm Experimental Art Gallery, India Habitat Centre, New Delhi. Usurp Art Presents a selection of films from our Zone5 experimental short film festival. Many of the award winning films will be screened for the first time in India. 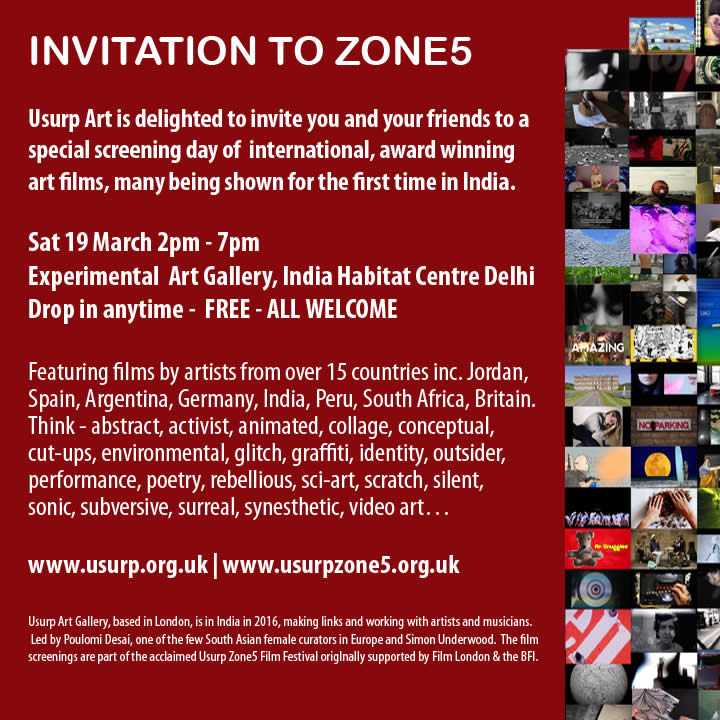 10 March 11.30pm -1.30pm.
Usurp celebrates International Women’s Month with the wonderful Kriti Film Club in Delhi and the “Projekt film and Photography Society” at Shri Ram College of Women. The films from our Zone5 Film Festival have been curated specially for the day:

Image: Students at the post-screening discussion